Home | Recipes | Dairy Free | Baingan Aloo Charchari Recipe (Potato and Eggplant Curry)
Jump to Recipe·Print Recipe
I try to make at least three vegetarian meals a week. Not for any political reasons per se, although I do think eating vegetarian is much better for our planet, but mainly because it is the kind of food I crave and being the one who cooks all the meals—we eat what I am hungry for.

To escape the boredom of pasta, soup, and stir-fry, I am always on the hunt for a new, inventive recipe that will be satisfying enough for The Professor (he shuns whole grain salads as side dishes). I came across this recipe for Baingan Aloo Charchari, a Bengali-style curry I had never heard of that seemed to fit the bill, it was substantial enough (especially when served with steamed rice) and exploding with flavor. The only problem was there were no instructions on how to cook it.

After some internet sleuthing I felt like I had the basics down and it seemed surprisingly simple. First you fry the aromatics in oil, then add the vegetables and spices with enough water to steam them. Partially cover and let cook undisturbed until the water evaporates and the vegetables form a crisp crust on the bottom with the remaining oil. The results were excellent, excellent, excellent. I am excited to try it again with different vegetables, although I did love the starchy potatoes with the creamy eggplant.

Because I prep dinner while my ‘lil one is napping I tend to do things that are not altogether necessary to create a stellar dish. In this curry for example, I salted the eggplant and let it sit in a colander for a few hours before cooking. The original recipe didn’t say to do this, but the eggplant I bought was lacking in flavor and needed to be drained of its bitterness. If you think of it, go ahead and do it, otherwise, don’t worry about it.

I rarely recommend how much salt to use in a recipe because I think it really varies according to the ingredients you use and your taste, etc. Because I had no idea how this recipe was going to turn out I used the indicated amount of salt and it was delicious. I’ve indicated that amount below, but if you feel it needs more for your tastes, you can add more at the end. 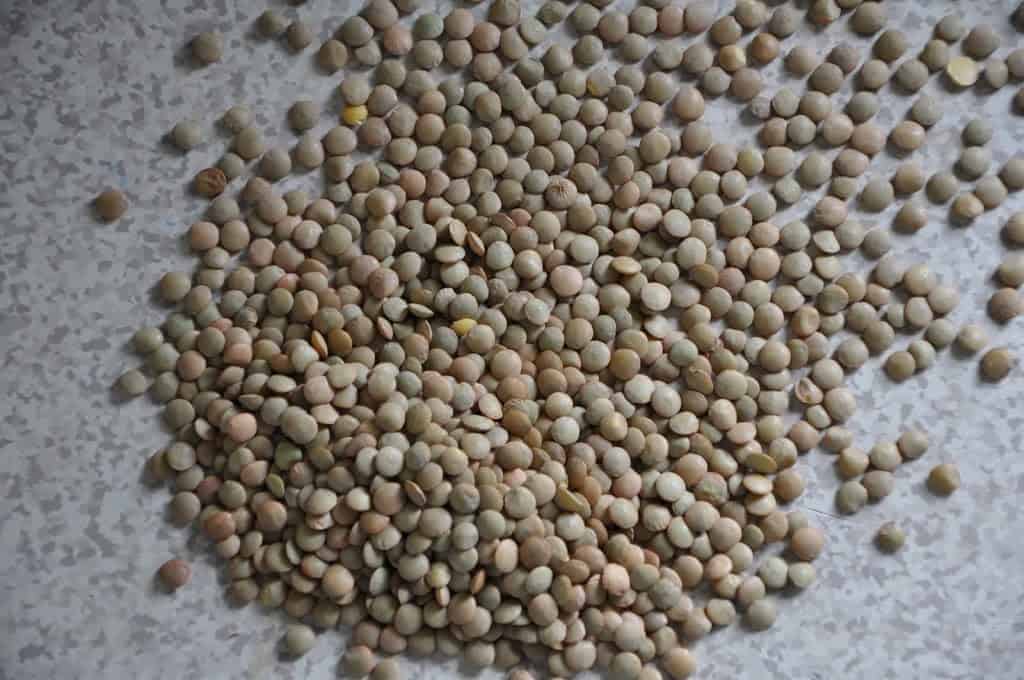