I have said before that I prefer canned pumpkin to fresh. But then a bunch of pumpkin plants sprouted up in the compost this past spring and come fall we had a pumpkin bonanza.

I could not bring myself to toss aside those precious pumpkins after Halloween was over so I decided to give roasting another chance. I still don’t think fresh pumpkin has the concentrated, rich flavor that canned does. Fresh roasted pumpkin gives off more of a eau d’squash, a delicate and warm character that lacks intensity but still adapts itself nicely to cinnamon and cloves and all things fall.

It took me a couple of tries to get the roasting-a-whole-pumpkin-thing right. It seems very straight forward, but one time I didn’t leave it in long enough and the pumpkin was too hard to scoop out and I had to use a pairing knife to get the skin off and it took me forever and I might have cursed a little.

The next time I left it in longer than I was planning…okay, I forgot it was in the oven….. and it was basically mush.

But I think I now have it mastered—I should I’m on my sixth pumpkin. Here’s what I’ve discovered. Leave your pumpkin in the oven for at least 8 hours, although 9-10 seemed to give me the best results. Take it out of the oven and if you have time, let it cool, then put it in the fridge (still wrapped in foil) until it is cold. Chilling like this seems to pull the flesh away from the skin and makes it super easy to scoop out. Don’t purée too much at a time—that doesn’t work—and by the way, pumpkin purée freezes great! Do you want some? I’ve got about six pumpkins worth in my freezer. 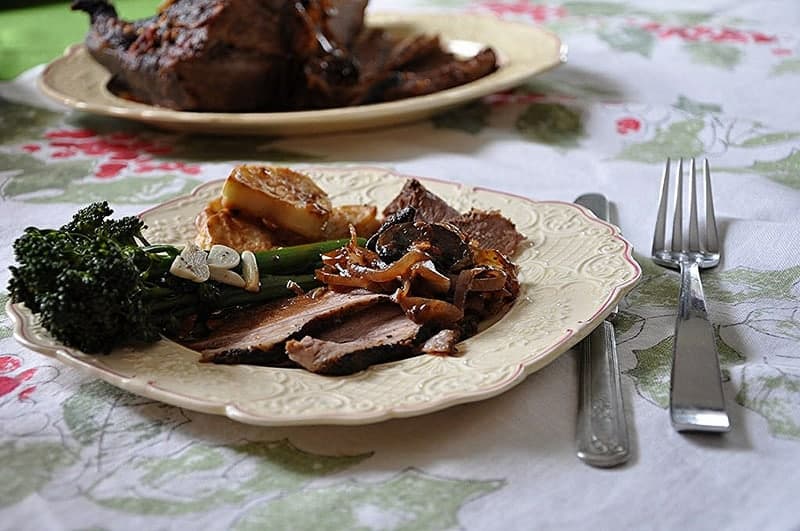