This Authentic Tres Leches Cake Recipe takes you step-by-step on how to make a traditional Mexican cake soaked in three different types of milk and topped with a whipped cream frosting. Sprinkle with cinnamon and raspberries—or both! Video Included.

If you are a lover of soft foods—I’m talking mashed potatoes, macaroni and cheese, thoroughly soaked bread pudding—than you already have a soft spot (pun intended) for Tres Leches Cake.

There are actually people who detest such texture (I know, it’s crazy) but all of them live in my house which means it is rare that I get to indulge in a creamy, decadent slice of soaked sponge cake.

Like all things I can’t have, I crave it even more, which means I was determined to come up with my ideal version of Tres Leches Cake. I mean if I’m going to make a cake that only I am going to eat, I might as well make the absolute best version, no?

What is Tres Leches Cake

Before you start typing me a comment to tell me that Tres Leches is not Mexican, let me first say, you are right, kind of.

Soaking a sponge cake dates as far back as the Middle Ages in England and probably anywhere sponge cake was being eaten as a way to repurpose stale cake.

As colonization spread to the Americas along with livestock then later food preservation the idea of soaking airy vanilla sponge cake in a mixture of sweetened condensed milk, evaporated milk, and whole milk spread throughout Latin America.

Today, Pastel de Tres Leches is the most loved cake from Nicaragua to North America and for good reason. It is soft, sweet, and soaked in a creamy, absolutely delightful milk sauce.

Lucky for us, the secret to a delicious Tres Leches Cake is more in the technique than in the ingredients list. Everything we need to make it can be found at any grocery store. Here’s what we need:

How To Make Tres Leches Cake

The first step in any baking recipe is to preheat the oven and grease the cake pans. This one’s no different. You’ll need to heat the oven to 350°F. As for the cake pan, I like to make it in a 9 x 13-inch aluminized steel cake pan.

Place the yolks in the bowl of a stand mixer and the whites in a separate medium bowl. Beat the yolks with the extracts and sugar until very fluffy. Scrape the egg yolk mixture into a large bowl. Clean the stand mixer bowl and beat the egg whites with the cream of tartar until it holds stiff peaks.

Fold the eggs together

Sift the flour over the top and bake

Combine the flour and salt in a fine mesh sieve and sift the flour over the eggs. Fold the egg mixture over the flour, gently combining the ingredients. Scrape batter into the pan and bake until golden and springy, about 20 minutes.

While the cake is baking, combine condensed milk, evaporated milk, heavy cream, and vanilla extract in a large bowl.

Use a skewer or fork to poke holes all over the top of the cake. Pour the milk and vanilla mixture all over the top and let soak at room temperature for at least 30 minutes. Then cover and refrigerate at least 4 hours, but best overnight.

Whip remaining cream with a powdered sugar and vanilla and spread over the cake. Dust with ground cinnamon and top with raspberries. Cut into squares and serve.

Why Are My Egg Whites Not Whipping?

The secret to a light and fluffy Tres Leches Cake is airy egg whites. This is what helps it rise in the oven. Lots of recipes call for mixing flour, baking powder and salt but if you get nice peaks on the egg whites you won’t need the baking powder.

Here’s the steps to stiff peaks:

Get out your mixing bowls!

Because you will want to make this cake ASAP.  Let me know when you make it by snapping a pic and tagging me on Instagram @holajalapeno and #holajalapeno so I can see or leave me a comment below (don’t forget to leave a ⭐️⭐️⭐️⭐️⭐️ rating) ! Also, sign up for my weekly newsletter, lots of good stuff there too! 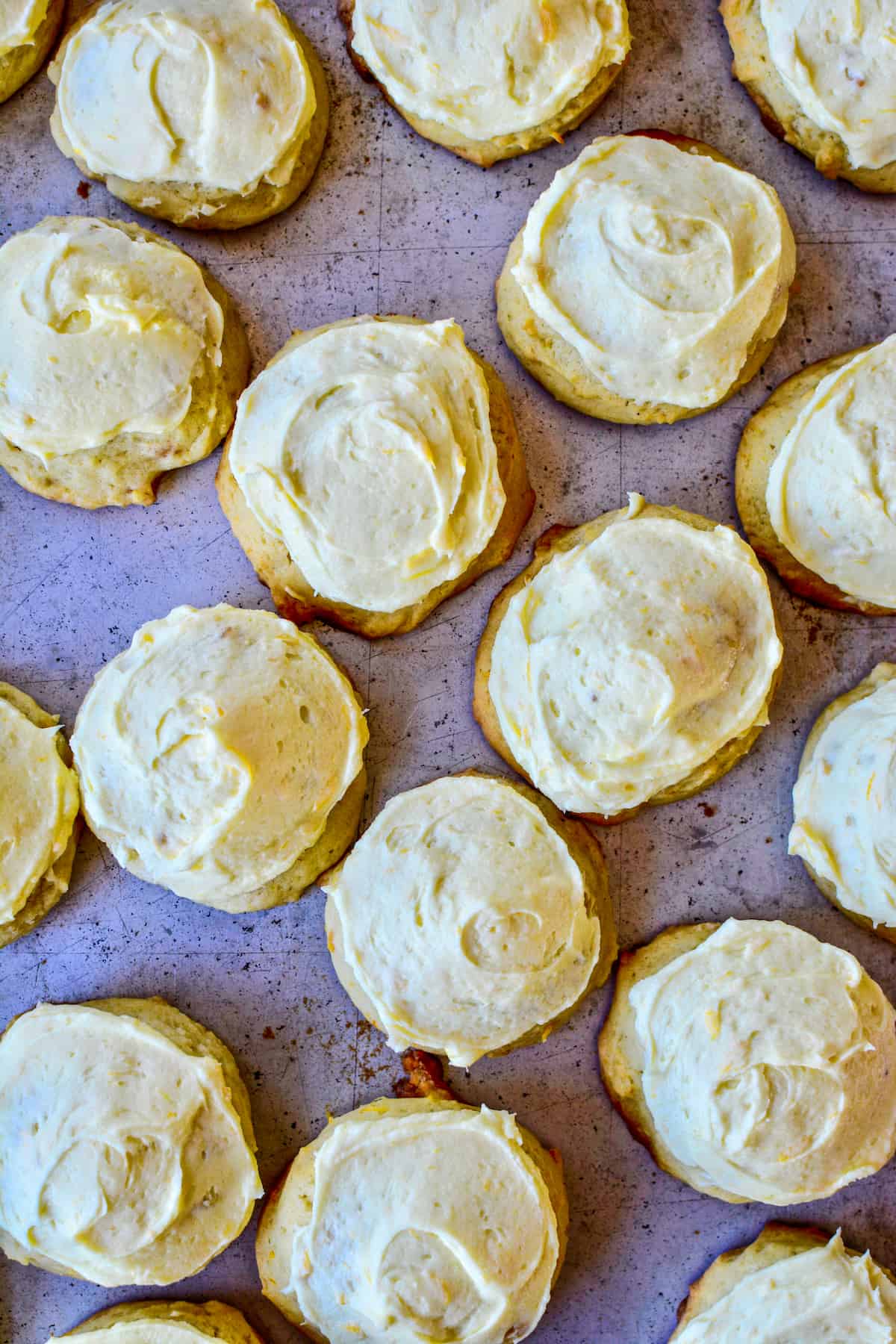 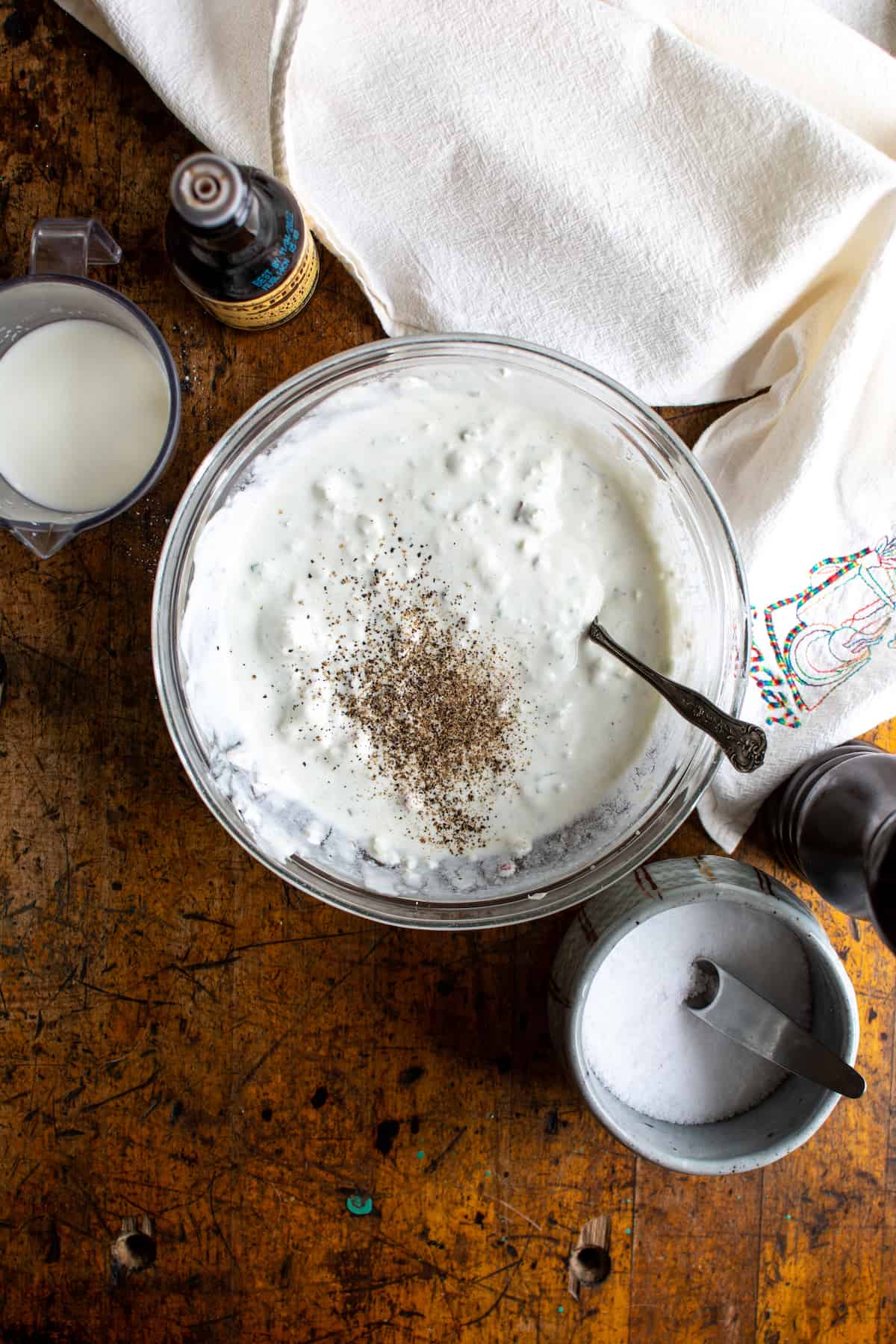