This Cajeta recipe is simple indulgence at its finest. Sweet and tangy, made with goat milk, sugar, cinnamon, and a pinch of salt. It is perfect for drizzling over ice cream, bread pudding, stirring into coffee or as a dip for churros.

It’s one of those recipes that you think is going to be complicated but once you make it you’ll be overwhelmed by how easy and absolutely phenomenal it is!

Since I’ve started making my own I’ve found so many ways to enjoy it—over ice cream, stirred into coffee, even as a dip for apples—delicious!

Let’s take a closer look at why it’s so special and how to make it.

Cajeta is a type of milk-based confection or dulce de leche. It is most commonly served in a liquid form as a sauce but can also be enjoyed as a candy.

Cajeta is from the town of Celaya which is in the state of Guanajuato, Mexico. Celaya has a famous water tower in the shape of a huge ball and many locals joke it is filled with Cajeta. It’s not.

Cajeta is similar to other South American dulce de leche desserts but instead of cow’s milk, this Mexican caramel is made by cooking goat’s milk.

The goat milk and sugar cook until it is reduced to a thick, golden brown caramel sauce or cooked even further to make Cajeta caramel candy.

ingredients to make cajeta at home

To make Cajeta at home is really pretty easy, all you need to do is find the right ingredients. Here’s what we’ll need:

Goat milk. I can find goat milk at my local Trader Joe’s and I bet you can too. It gives the sauce a nice tang that can’t be achieved with cow’s milk.

Piloncillo. We’ve talked a lot about piloncillo but just in case, it is raw, unrefined sugar sold in cones and available at your local Latin market. You can substituted dark brown sugar if you can’t find it.

Canela. Canela or Ceylon cinnamon sticks have a soft, leathery texture and more subtle flavor than Cassia cinnamon which is more common in the US. Again, canela is sold in bundles in the Latin market.

Baking soda. Adding baking soda helps activate the Maillard reaction or browning of the sauce but its flavor is cooked off in the end.

Kosher salt. Everything sweet needs a bit of salt for balance.

how to make it!

The nice thing about making Cajeta is it doesn’t require a lot of babysitting like other caramel sauces. You pretty much combine everything and let it cook.

One important tip is to make sure you are using a large (at least 8 quart) heavy-bottomed pot. The mixture will bubble up dramatically in the beginning and will boil over if your pot isn’t deep enough.

After you find your large pot, combine all the ingredients in it and heat the milk mixture to medium.

In the beginning, cook stirring frequently until the mixture comes to a boil. Keep an eye on it so it doesn’t boil over on you.

Once it boils, reduce the heat so it is gently boiling. Too low and it will take forever to cook, too high and you will burn it.

At this point you can cook it, stirring every now and then, until the mixture thickens, becomes caramel colored and is the consistency of sweetened condensed milk, start checking after about 30 minutes.

Once it reaches this consistency, keep a close eye because it will start to cook fast. If you want it thin and saucy, remove it from the heat. If you’d like it thicker, keep cooking until a spoon leaves a distinct trail on the bottom of the pot, this could take anywhere from 15 to 30 more minutes.

The timing really depends on how rapidly the mixture is boiling. I’ve had it take anywhere from a total of 45 minutes to an hour and a half.

why is mine grainy?

If you’re Cajeta sauce became grainy, gritty, or curdled during cooking it probably cooked too fast or you didn’t stir it enough at the end when it is more likely to get too hot.

The good news is you don’t have to throw it out. You can pour the mixture through a fine mesh sieve and get rid of all the grainy bits.

how long does it last?

Truth is, we always eat it faster than it could possibly go bad.

I’ve had some people tell me they keep it covered in their refrigerator for up to a year but to be on the safe side, I’m going to say more like a month or two is probably best.

Friends, I promise you. No effort will go wasted with this recipe. Its tangy and sweet without being cloying and so good you’ll want to eat it by the spoonful. Let me know when you make it by snapping a pic and tagging me on Instagram @holajalapeno and #holajalapeno so I can see or leave me a comment below (don’t forget to leave a ⭐️⭐️⭐️⭐️⭐️ rating) ! Also, don’t forget to sign up for my weekly newsletter, lots of good stuff there too!

Combine. Combine all the ingredients in a large (8 quart) pot.

Heat. Bring the mixture to a boil, stirring frequently, over medium heat. Watch closely as it will boil rapidly in the beginning.

Cook. Reduce heat until mixture is gently boiling. Not too low or it will take forever, but not too high that it is at an angry boil. Stir occasionally and once it is golden brown and starting to get thick, stir more frequently.

Check for doneness. Once mixture is thick and a spoon scraped on the bottom of the pot leaves a distinct trail that takes a second to run back in on itself it is ready. This can take anywhere from 30 minutes to an hour and a half depending on how rapidly it is boiling. Mine usually takes about 45 minutes.

Enjoy! Let sauce cool at least 30 minutes then drizzle over your favorite treat or transfer to a container with a tight lid and refrigerate for up to 2 months. 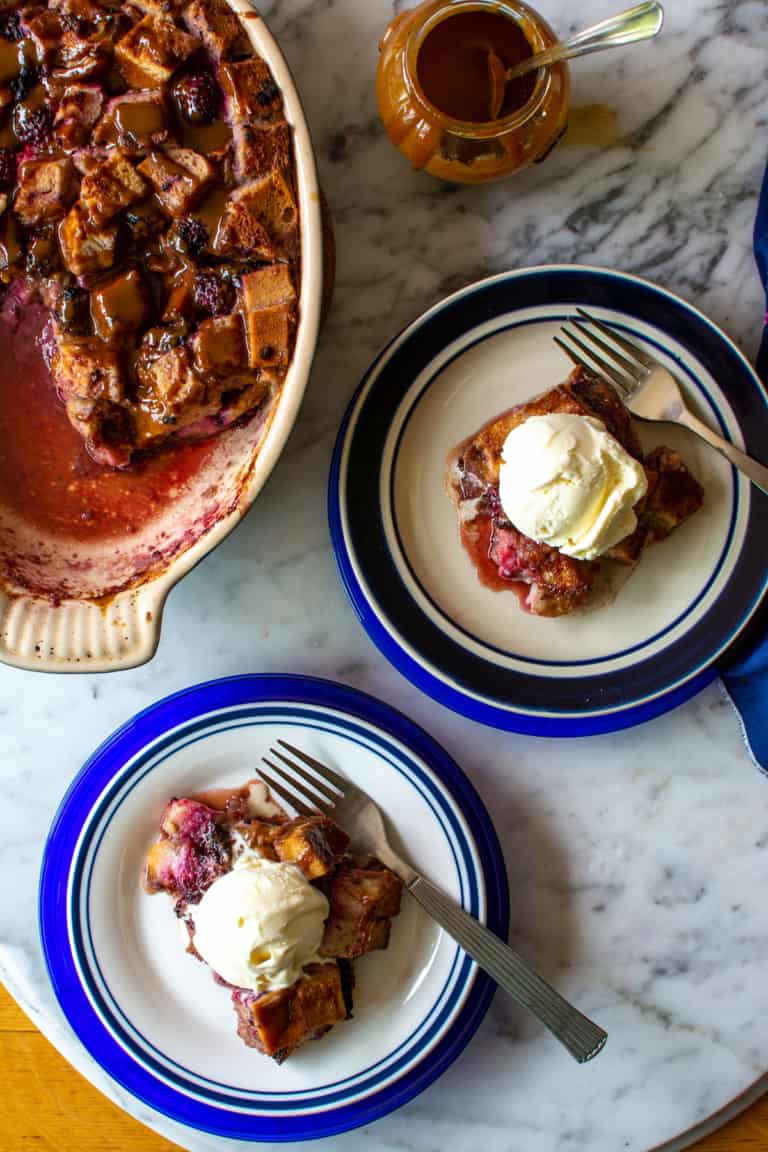 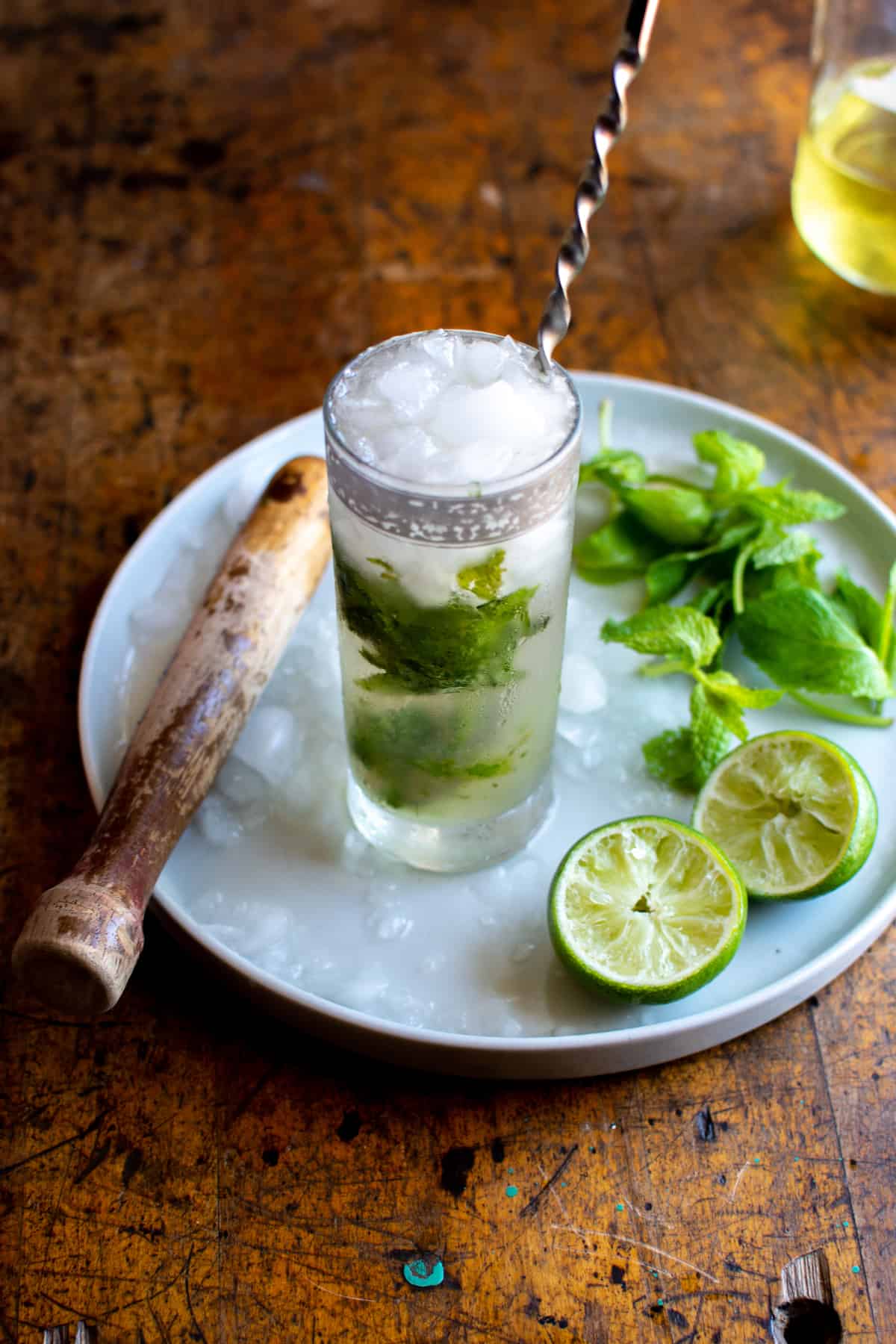 An Easy and Refreshing Mojito Recipe