Home | Recipes | Garden Salad with Queso Fresco and Crispy Tortillas
Jump to Recipe
I’d like to have a moment of silence for my beloved pumpkin plant whose life was cut short by a very ugly white worm infestation. Time of death: approximately 8pm, Friday night; at least that’s when I yanked the gigantic tangle of monster vines from the ground in hopes of saving its neighbors Mr. and Mrs. Delicata Squash.

I get a tinge of sadness now when I look out at the garden and see the huge empty spot and overgrown grass where it had once stretched out into the lawn, but it did manage to produce two very solid Jack ‘O Lanterns before its passing, which was kind seeing as I have two children who would not be satisfied with one pumpkin to share.

Other than the pumpkin fatality the garden is producing in full August fashion, we’ve had three consecutive meals (breakfast included) of tomatoes and actually have watermelons (!!!!!). I’m really excited about that last one (can you tell?) because that was a complete shot in the dark. I’ll take some garden pics next week so you can see how things are progressing.

I was so overwhelmed by the garden’s bounty when we got home last week that there was nothing left to do but dive in head first with supper salad after supper salad. Salad for lunch! Salad for dinner! Salad for breakfast?! Yay!

This one is a riff off one of my very favorite salads where thick slabs of avocado meet crispy-fried tortilla strips all tossed in a sharp lime-cilantro vinaigrette but this time I used tarragon and red wine vinegar instead of the cilantro and lime juice because….you guessed it—I’ve got tarragon coming out the wazoo. I used plenty of crunchy garden lettuce and lightly blanched green beans then finished it all off with a sprinkling of creamy queso fresco. Chop! Chop!

PIN IT FOR LATER! 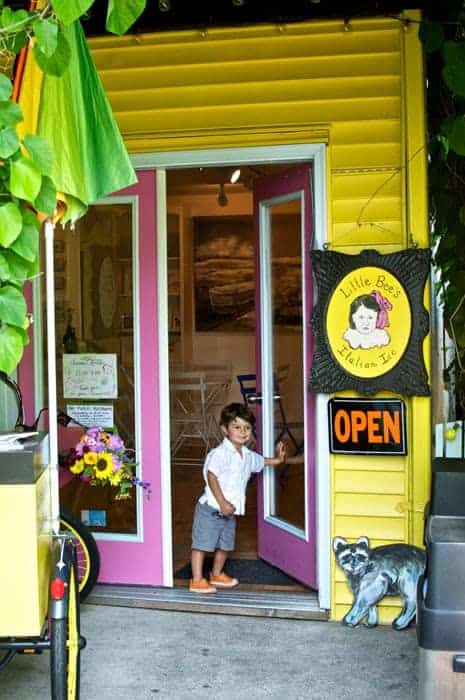 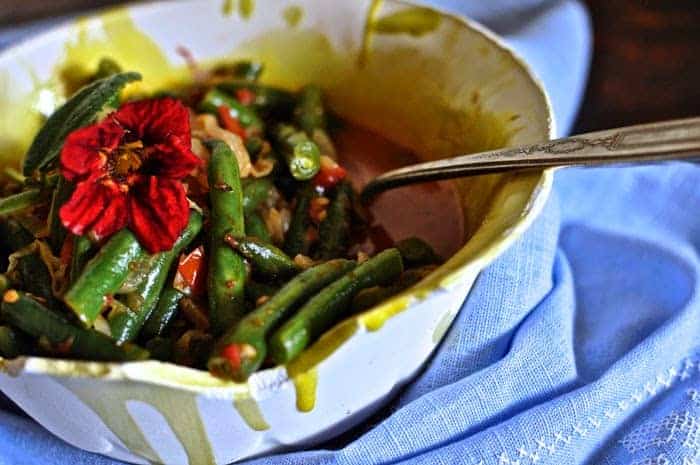