This simple, easy fried ice cream recipe actually requires no frying at all! Not missing is that golden, crispy, delicious cinnamon coating with flakes of sweetened coconut and creamy ice cream underneath. Can be made gluten-free and / or vegan!

I know it’s mid-October, but it’s been hot as heck here in Southern California, and I’ve been craving ice cream all week long.

I made these cinnamon and sugar covered ice cream balls earlier this summer and it’s been one of our favorite desserts ever since.

The recipe was inspired by many a trips to Chi-Chi’s with my grandparents when we were kids. No trip was ever complete without an order or two of Mexican fried ice cream.

I don’t really know why they called it that because I’ve never seen this dessert anywhere in Mexico. Tempura-battered fried ice cream is popular in Asian cuisine, but that’s a totally different thing.

Anyway, Chi-Chi’s fried ice cream was made by rolling huge balls of vanilla ice cream in egg whites, then in a mixture of crushed cornflakes, cinnamon, and magic.

They would deep fry the cinnamon-crusted ice cream until the coating was golden brown but the ice cream still frozen underneath.

The beauty of this recipe is you still get that crunchy cinnamon coating and cold, creamy ice cream but without having to fry ice cream at all!

This really could not be more simple. All you really need to make this recipe is patience while you wait for the ice cream to get nice and hard. But there a few items that will make the process easier and more delicious.

how to do it

First step is to get the ice cream scooped into balls and freeze them again so they are stiff and not melty.

While you are waiting for the ice cream to harden you can start making the coating.

A lot of recipes call for crushed corn flakes browned in melted butter, but we’re going with a toasted coconut-cinnamon graham cracker situation that is pretty irresistible.

Start by toasting the coconut in a skillet over medium heat, stirring constantly so it gets a nice even brown.

Then combine graham crackers and cinnamon in the bowl of a food processor fitted with the blade attachment. Pulse until it is in small, even crumbs. Pour crumbs out onto a large plate.

Remove ice cream balls from the freezer. Let sit at room temperature for a minute or two, just until they are melted enough for the crumb mixture to stick to them.

Roll the ice cream in the crumb mixture gently packing it onto the sides of the balls with your hands. Stick back in the freezer to harden. At this point you can cover the baking sheet with plastic wrap and freeze them for up to a month—a nice little treat whenever you need one!

how to serve fried ice cream

Of course, eating them just as they are is fantastic, but making an ice cream sundae is truly how they’re meant to be served. A {Un} Fried Ice Cream Bar for Cinco de Mayo or a summer ice cream social would sure be fun. Here’s some of my favorite toppings:

This recipe is super adaptable for different diets.

For gluten-free folks, you can substitute gluten-free cinnamon graham crackers for the regular ones.

For those following a vegan diet, vegan vanilla ice cream is widely available and cinnamon Teddy Grahams have no honey and are vegan.

why fry when you can un-fry?

Try this yummy {un} fried ice cream recipe and let me know what you think! Share a photo and tag me on Instagram @holajalapeno and #holajalapeno or leave me a comment below!

To make the Un-Fried Ice Cream. scoop 6-8 balls of ice cream onto a parchment-lined baking sheet and place in the freezer for 1 hour, or until hard.

Toast the coconut. Meanwhile, place 1/2 cup sweetened, shredded coconut in a frying pan and toast over medium-low heat on the stove. Stir frequently to prevent burning.

Make cinnamon coating. Combine toasted coconut and 4 cinnamon graham crackers in a food processor. Pulse until it's in fine crumbs. Pour crumbs out onto a large plate.

Coat ice cream balls. Take ice cream out of the freezer and let sit at room temperature for a couple of minutes to warm up enough for the coating to stick to the outside. Roll balls in the crumb mixture, pressing crumbs into the ice cream balls with your hands, like you are packing snow to make a snowball. Freeze again until hard, another 30 minutes. Serve with your favorite sundae toppings!

Ice cream balls can be made up to a month in advance and kept covered in the freezer. 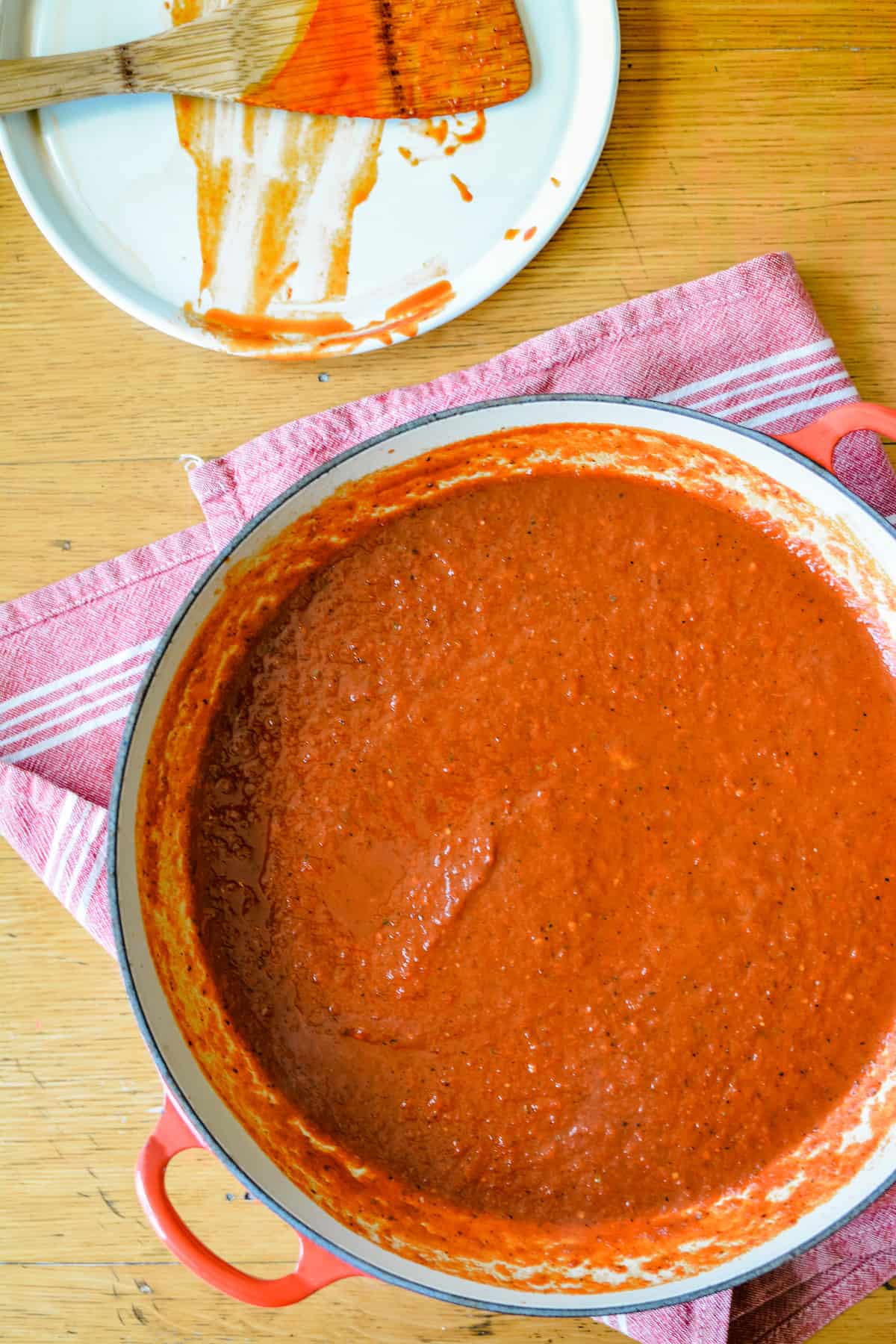 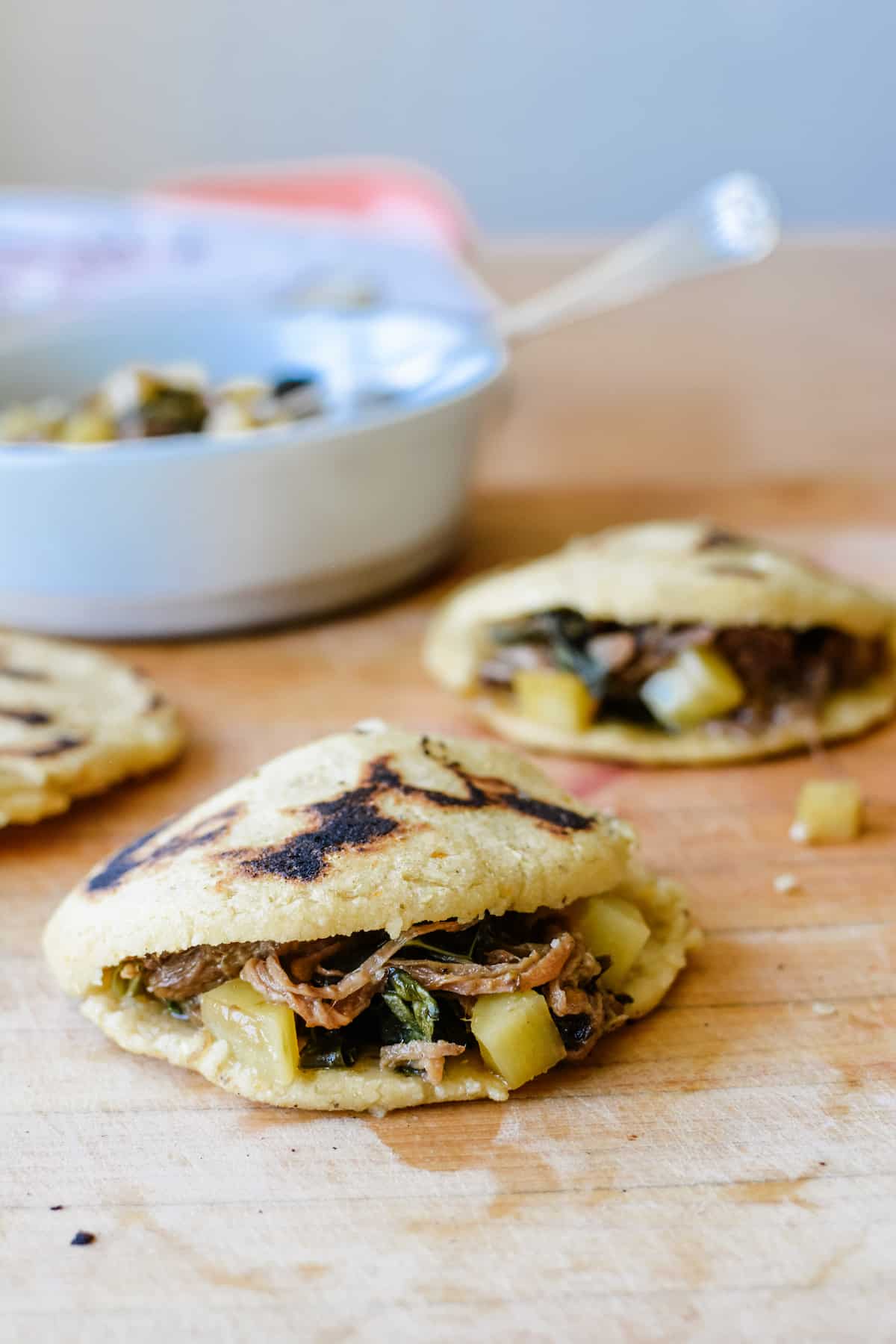