Pozole Blanco is a traditional Mexican soup similar to green pozole and red pozole but with a clear broth. This vegan version is made with hominy, caramelized mushrooms, and a rich vegetable broth. Top with sliced radishes, cabbage, and fresh lime juice. Ready in an hour! Video included.

A few weeks ago I headed north to Monterey, California on a beautiful two-day adventure through a few farms surrounding Monterey with my friends from California Grown.

If you’ve been a reader of this blog for a while you will know this is the third California Grown farm tour (officially called agritours) that I’ve been fortunate enough to be invited to. The first was touring the agricultural area in my own neck of the woods of Santa Barbara and the second was a virtual tour of the San Joaquin Valley.

The biggest takeaway from this trip? California never ceases to amaze me.

Keep reading to find out more about my trip to Monterey and how to make a delicious vegetarian pozole with the mushrooms from one of our farm stops!

Artichokes, Mushrooms, and Lettuce…Oh My!

Have you ever walked through a field of artichokes? It’s pretty spectacular. We visited Ocean Mist Farms which is the largest grower of fresh artichokes in North America. In fact, California grows 100% of the commercial artichoke crop in the United States.

If you are new to cooking fresh artichokes check out my step-by-step guide (it’s easier than you think).

We also were guests of Dick Peixoto, the Farmer and Owner of Lakeside Organic Gardens, the largest organic grower in the United States. There we visited a Romaine lettuce field in mid-harvest and learned about their innovative methods to organically fertilize and fight pests—ever heard of a bug vacuum?

Finally we took a tour of one of the most unique “farms” I’ve ever visited—Far West Fungi. I put farm in quotations because it was unlike any agricultural operation I have seen. The mushrooms are grown inside in warehouses that are more like science labs than vegetables-in-a-field farm. Truly incredible.

Far West Fungi grows 12 varieties of mushrooms (two of which you will find in the recipe below) but they also forage for over 70 other types that cannot be grown but only can be found in the wild. Mushrooms are mysterious things, friends.

I was so inspired by all the interesting mushroom varieties at Far West Fungi that I wanted to use a couple of them to make a large pot of White Pozole or Pozole Blanco.

Pozole (or Posole) is an ancient soup that has been made in Mexico since the Aztec times. There are three different types of Pozole that represent the Mexican flag: Green, White, and Red. The green pozole has a sauce made from tomatillos mixed into the broth. The red pozole has a dried chile sauce (usually ancho chiles and/or guajillo chiles) mixed into the broth. And you guessed it, white pozole or Pozole Blanco, has no sauce mixed in, just a fortifying clear broth.

The one ingredient all pozole recipes have in common is well, pozole, a type of field corn used to make the soup. This variety of corn kernels is almost impossible to find here in the US so we use hominy to make our pozole recipes.

How To Make Pozole Blanco

Blanch hominy. The first step is to blanch the hominy. You don’t have to do this but it is a tip I learned from Chef Rodolfo Castellanos and I always do it when I’m working with canned hominy. It gets rid of that funk that is pervasive with hominy straight from the can.

Caramelize the mushrooms. Heat 2 tablespoons of the oil in a large frying pan over high heat. Once it is hot add just enough mushrooms to cover the bottom of the pan, don’t crowd. Let cook, undisturbed for 3 minutes or until the bottoms are golden. Stir and let caramelize on the other side, another 3 minutes.

Transfer to a heatproof bowl and repeat with remaining oil and mushrooms (I did three batches). Season the mushrooms with salt and pepper as you add them to the bowl.

Sauté the onions and garlic. Heat 2 more tablespoons of oil in a large pot (you can use the one you blanched the hominy in if it is 6 quarts or larger). Add onions and 3 cloves garlic, chopped. Season with salt and pepper and sauté just until it begins to brown, about 3 minutes.

Finish the stew. Add the water and bouillon or vegetable broth and bay leaves and bring to a boil. Add blanched hominy and caramelized mushrooms. Reduce heat to medium low and simmer until onions are tender, about 30 minutes. Taste and add more salt as needed.

Take Your Own Agritour In Your Kitchen

Pick up some mushrooms you’ve never tried before and experiment with something new by making this gluten free Pozole Blanco. Let me know when you make it by snapping a pic and tagging me on Instagram @holajalapeno and #holajalapeno so I can see or leave me a comment below (don’t forget to leave a ⭐️⭐️⭐️⭐️⭐️ rating) ! Also, sign up for my weekly newsletter, lots of good stuff there too!

If you don't want to use the mushroom bouillon, substitute 8 cups of vegetable broth for the water.

In support of this small business, ¡Hola! Jalapeño earns revenue in a few different ways. Several sponsored posts are published each month like this one from California Grown. I also earn an affiliate commission on the sales of products I link to— there are a few of those links in this post. I only feature items I genuinely love and personally use on a regular basis. This commission is an arrangement between the retailer and ¡Hola! Jalapeño (readers never pay more for products). This income allows me to run the site. Thank you for reading! 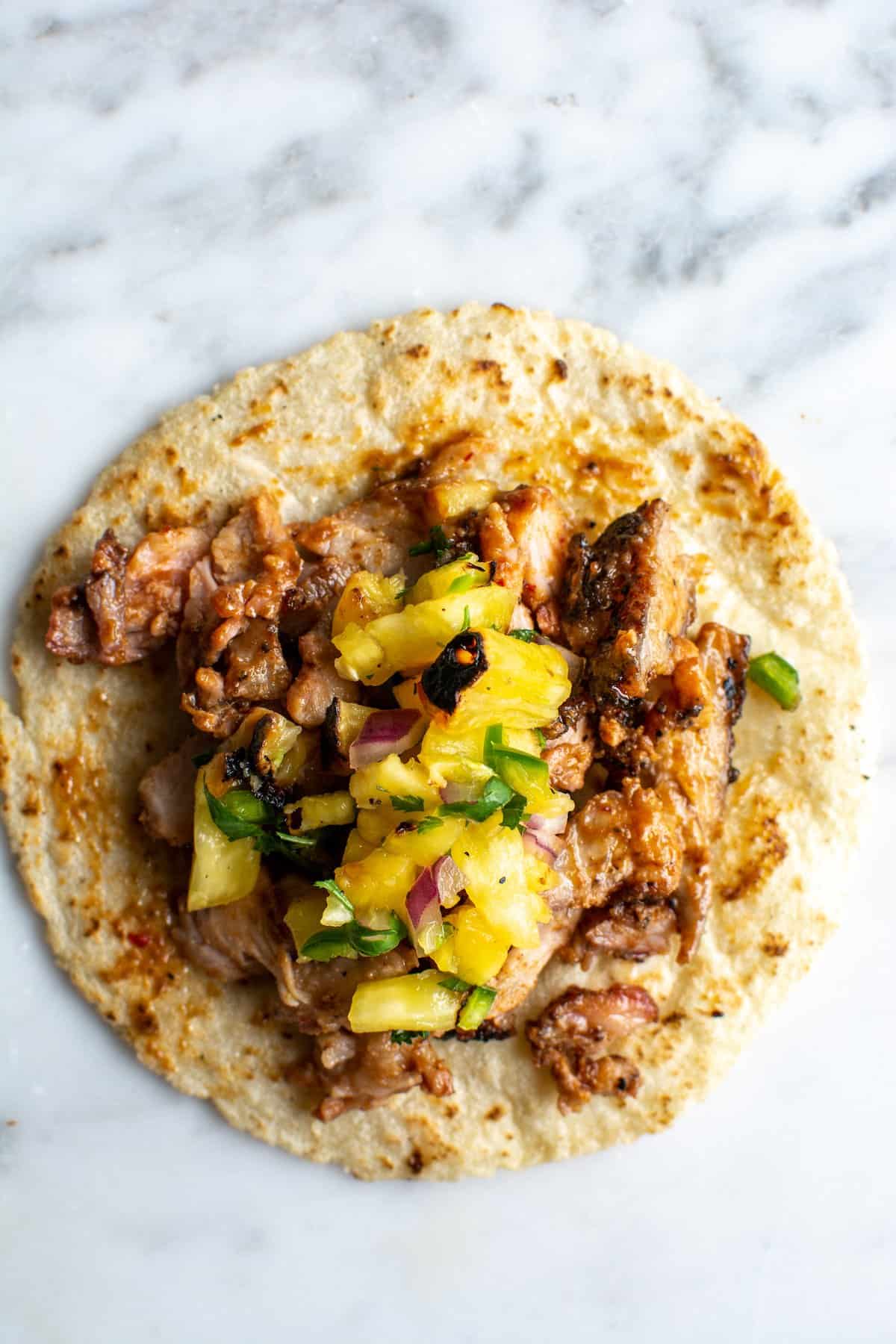 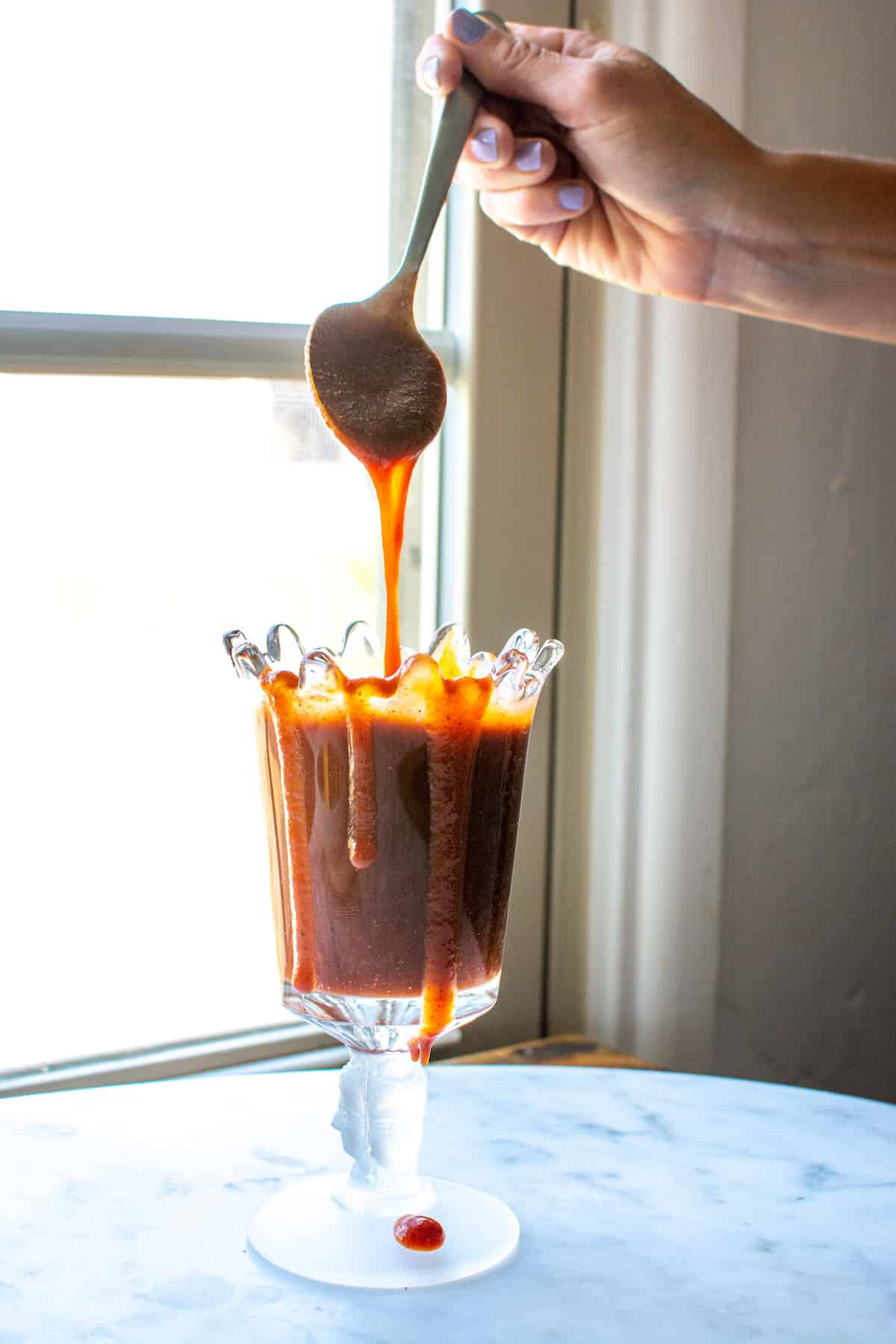