A classic Red Pozole recipe with pork, hominy, and a broth rich with red chiles. This is Mexican comfort food at its best. Top the stew with sliced radishes, dried oregano, and chopped onion. Serve with warm corn tortillas. Dairy-free!

I called Armando’s mom a few weeks back to get her pozole recipe.

I thought it might be fun to share it with all of you, especially during the holiday season when so many people in Mexico and elsewhere eat this traditional pork and hominy stew.

Turns out she makes green pozole not red pozole which I knew because I wrote about it on this very blog and have had this very same conversation with her before (she for sure, by now, thinks I’m nuts).

“So what’s the red stew you make?” I asked her, convinced I had tasted a red pozole at her house before.

“Menudo.” She said, then gave me the recipe for that one.

Not to be deterred I asked her for some tips on making red pozole to which she pretty much confirmed its existence but said that’s not what she makes.

Sent out into the world with nothing I pulled together inspiration from a few of my favorite Mexican cooking sources: Diana Kennedy, Pati Jinich, and Margarita Carilla Arronte.

I think what results is a posole that will not disappoint and is in lock-step with the red version of this Mexican classic: spicy dried chiles, Mexican oregano-infused broth, tender strips of pork, and lots of chewy hominy. It tastes like heaven in a bowl.

Pozole is a Mexican stew that predates colonial times. It was eaten by Aztecs and other Mesoamerican tribes long before the Spanish arrived but what the Spanish did add to the dish was pork.

Pozole varies region to region in Mexico and is categorized by color.

White Pozole has no sauce added to the broth and is purely the meat (usually pork) and hominy with aromatic vegetables.

Green Pozole (Pozole Verde) has a sauce made with tomatillos, cilantro, and jalapeños added to it and Red Pozole (like the one we are making) has a sauce of dried red chiles.

The ingredient list is long, but don’t let that deter you. I’m a big fan of tons of garnishes. I like to set them out on the table and let people top their own bowls as they please. If you only want to do one or two of the garnishes, I suggest the minced onion and dried oregano.

How To Make A Pozole Recipe with Pork

This is not an ultra-complicated recipe, but one that does take a bit of time. You will need a large pot or Dutch oven because if you are going to go to the trouble of cooking posole, you might as well make a big batch.

Cook pork. Combine sliced onion, 6 cloves garlic, salt, bay leaves, and oregano in a large pot. Add pork and fill the pot with water. Bring to a boil over medium-high heat. This not only cooks the pork but also produces a rich broth you will use later to make the soup.

Lower the heat to medium heat so the broth is just at a simmer. Cover and cook until the pork is fall-apart tender, this can take up to 4 hours if using an extra thick piece of pork shoulder or pork butt. Once pork is easily shreds, place a strainer over a bowl or pot large enough to hold the broth and strain the pork. Let pork cool and save the broth for the soup.

Shred pork. Once the pork is cool enough to handle, shred into bite-sized pieces and remove all fat, gristle, and bone if the pork shoulder is bone-in.

Wash out pot and set aside. You will use it again in a minute to make the pozole.

You can skip this step and used already cooked pork and store bought chicken broth if you’re looking for a quicker version.

Blanch hominy. Ever since I took a pozole class with Chef Rodolfo Castellanos from Restaurante Origen in Oaxaca, I always blanch my hominy before adding it to the Pozole. You can totally skip this step but I think it takes away the funky aftertaste of the canned hominy.

Drain the hominy and place in a large pot. Cover with water and bring to a boil. Remove from heat and drain. Set aside until you are ready to use in the soup.

Prep the chiles. While the pork is cooking you will make the red sauce that flavors the pozole. The star of the sauce is ancho chiles, guajillo chiles, onions, and spices. You can find all these at your local Latin grocery store. Remove the stems and seeds from the chiles and rinse.

Toast the chiles. Toast the dried chiles in a hot dry comal or cast iron skillet first, then soak in hot water until they are soft, about 30 minutes.

Puree the sauce. Once the chiles are soft, blend them with the onion, garlic, and spices to make a smooth sauce. Use about 1/2 cup of the liquid you used to soak the chiles in to get the mixture going in the blender.

Fry the sauce. Heat oil over medium heat in the pot you used to cook the pork. Add sauce and fry in the oil, stirring frequently, until the sauce is glistening and thickened slightly. About 15 minutes.

Make soup.Combine the pork with the chile sauce, the reserved broth, and hominy and cook, partially covered until all the flavors have melded together into one gloriously unified soup.

Garnish and serve! Top each bowl with diced onion, dried oregano, and any other garnishes you like.

This is the search term that will lead you to heaven! Let me know when you make it by snapping a pic and tagging me on Instagram @holajalapeno and #holajalapeno so I can see or leave me a comment below (don’t forget to leave a ⭐️⭐️⭐️⭐️⭐️ rating) ! Also, sign up for my weekly newsletter, lots of good stuff there too! 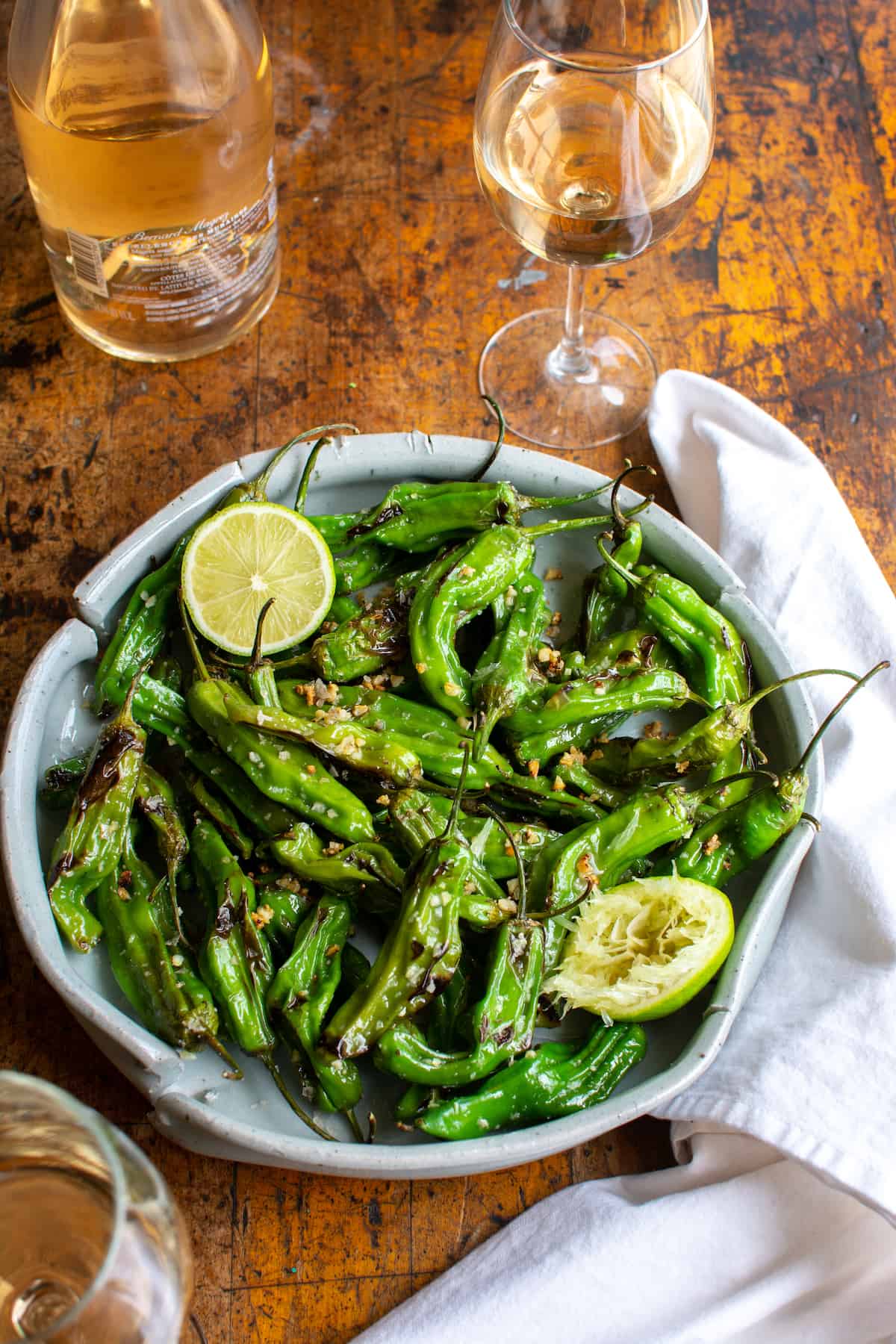 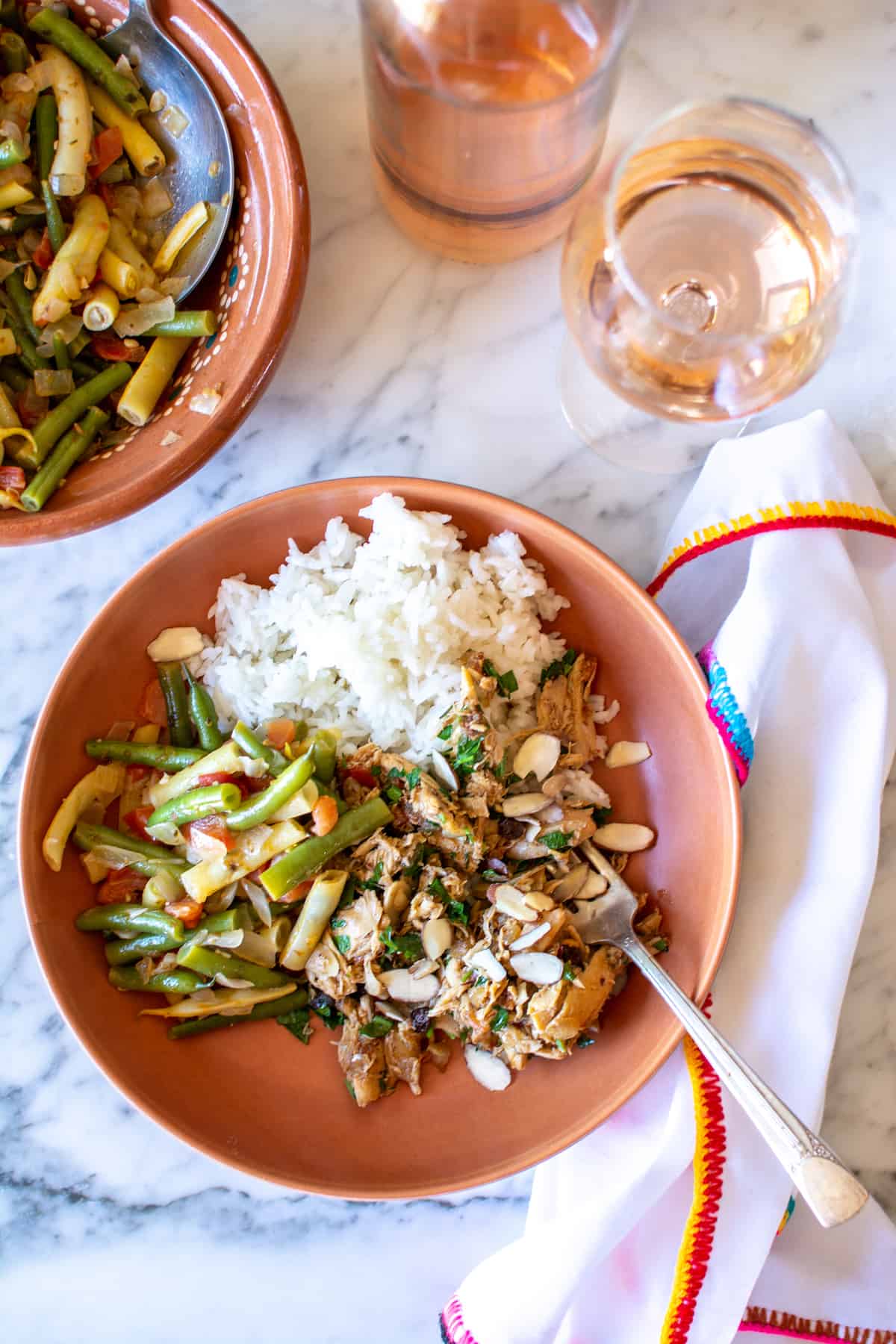