This vibrant green Vegan Pozole is a traditional Mexican soup made a bit healthier with all veggies! This plant based version has all the things we love about pozole: hominy, a green chile sauce broth, and of course all the garnishes like shredded cabbage, cilantro, and dried oregano. This recipe is not only vegan but also gluten free!

Pozole soup is one of those easy Mexican recipes I can count on to elicit joy at the dinner table and for as many times as I’ve made my “verde” version at home I realized I’ve never actually written it down.

Traditionally pozole verde is made with chicken or pork but this vegan recipe might be in the running for my new favorite.

what is a vegan pozole recipe and what do we need to make it?

Pozole is one of the most popular and ancient stews in Mexican food. You will find large pots filled with onions and garlic, dried chiles, bay leaves, and hominy all over Mexico.

Pozole dates back to the Aztecs who would make it as a ceremonial food.

This recipe is similar to the one I learned from my mother-in-law.

She typically uses pork shoulder or chicken to make her Pozole Verde recipe and I make it that way too, but I also love this vegan version made with fluffy pinto beans.

To make it you’ll need:

The shredded cabbage, minced white onion, dried oregano and other garnishes that go on top of the pozole are not optional. They are as much a part of the dish as the soup itself.

I like to set a platter of garnishes at the table and let everyone create their ideal bowl. Here are some of my favorites:

the hominy is what makes pozole

Pozole is the name of the special type of field corn used its namesake soup.

This variety of corn is almost impossible to find in the United States but the next closest thing is hominy.

Hominy is the toothsome field corn that is similar to the texture and size of authentic pozole and makes up the heart of this soup.

In the United States we grind dry hominy into grits but in Mexico, they soak the dry hominy or pozole in a calcium hydroxide, or lime mixture to make it tender enough to eat whole.

In this recipe I call for canned hominy because it is super quick and easy to use but if you want to try your hand at dry hominy you can find that at many Latin markets.

On busy weeknights I opt for using canned hominy, plus bonus: it also frees up some time to make a batch of frosty margaritas to go with, right?!

You know when you’re doing a workout and the instructor says, “if you are new to working out, make sure to watch the modifier!”

I see cooking in the exact same way.

There are the intense versions of making Pozole and then there’s the modifier. This great recipe falls somewhere in between.

You do have to make the sauce; a rich mixture of charred vegetables and pumpkin seeds which then gets fried for a few brief moments to cook and meld all the flavors, but that only takes about 30 minutes.

After that, simply add a few more ingredients and let simmer for about 15 minutes more.

If you’re new to making Pozole, it is essentially a two-step process or sometimes three if you are adding meat, but in this case it is only two.

Step #1: Make the sauce base that will flavor the soup.

This is a mixture of charred vegetables, chili pepper, and in this case, pumpkin seeds that will thicken the stew.

Blend everything together until you have a smooth puree. It looks similar to a pesto if you’ve ever made that before.

Step #2: Fry the sauce base in a bit of oil to really bring out all the flavors.

You can do this in a large pot because after the sauce has cooked for a minute, all the other Pozole ingredients go right in the pot.

Then bring to a boil, lower the heat and simply let it simmer for a while until all the flavors have melded together.

You can even make this in a slow cooker or Instant Pot!

For the Instant pot, add the fried sauce, vegetable broth, pinto beans and hominy to the Instant pot. Seal with the lid and cook on hi for 20 minutes. Let slow release for 15 minutes then quick release the pressure before opening.

Luckily you don’t need anything too fancy to make this delicious, soul-warming soup happen but it would be helpful if you had:

love pozole? me too!

In Mexico you can find red, white, or green pozole.

The red pozole has a red chile base, the green (like we’re making has a green chile base, and the white has no chile sauce added at all.

Esteban from Chicano Eats has a delicious white pozole recipe made with pork you should absolutely try if you’re not strictly vegan.

Here are two of my other favorite recipes:

That big pot you cooked the posole in need some love come clean up time? Here’s my best cleaning hack for getting it sparkling again.

the vegan recipe everyone with LOVE!

This recipe is just that good. When you make it, please let me know by snapping a pic and tagging me on Instagram @holajalapeno and #holajalapeno so I can see or leave me a comment below (don’t forget to leave a ⭐️⭐️⭐️⭐️⭐️ rating) ! Also, make sure to sign up for my weekly newsletter, lots of good stuff there too!

If you'd like to use canned pinto beans instead of dried. Use 2 (15 ounce) cans. Drain them and add them with the hominy.

In support of this small business, ¡Hola! Jalapeño earns revenue in a few different ways. Several sponsored posts are published each month, such as this one here. I also earn an affiliate commission on the sales of products I link to— there are a few of those links in this post. I only feature items I genuinely love and personally use on a regular basis. This commission is an arrangement between the retailer and ¡Hola! Jalapeño (readers never pay more for products). This income allow me to run the site. Thank you for reading! 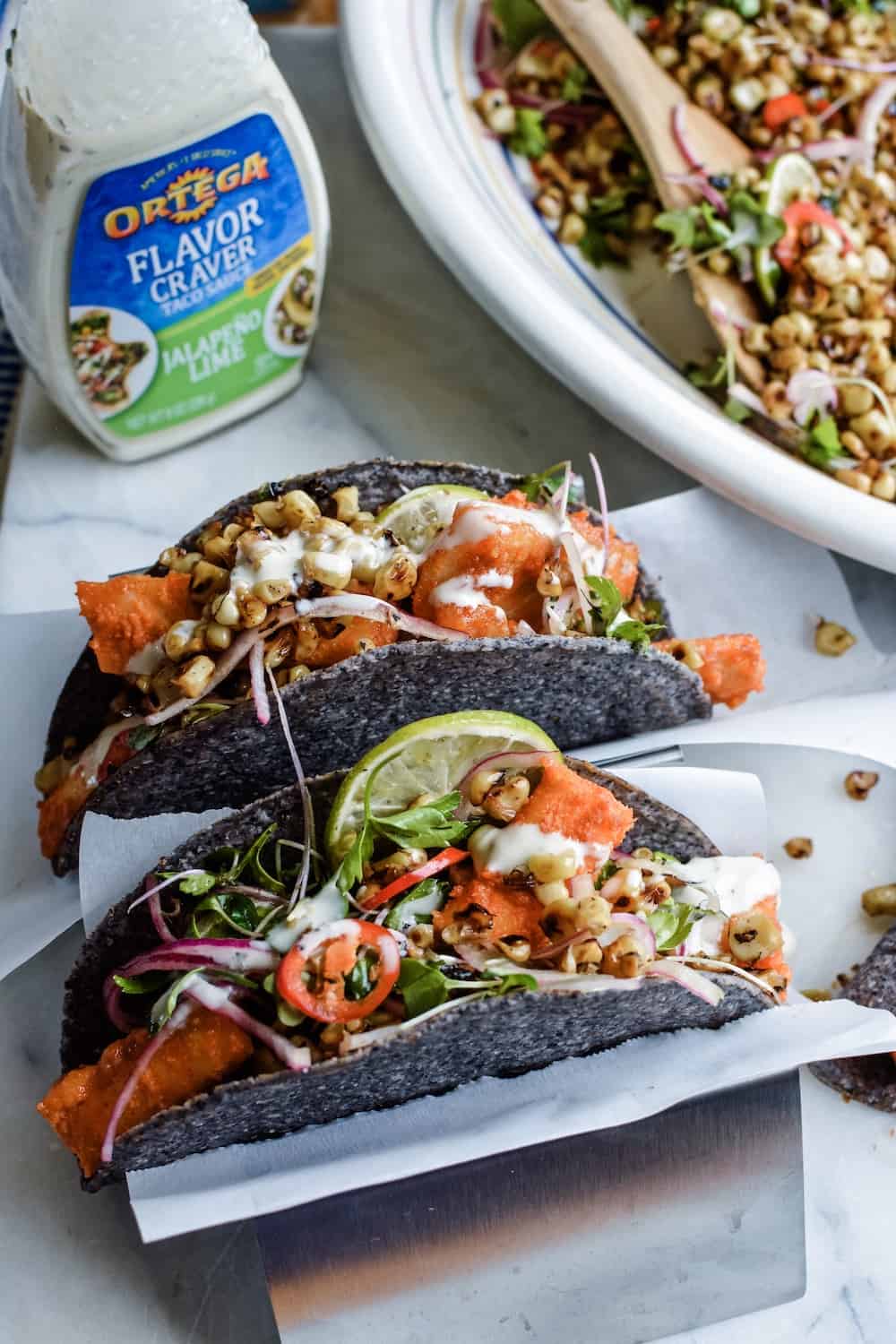 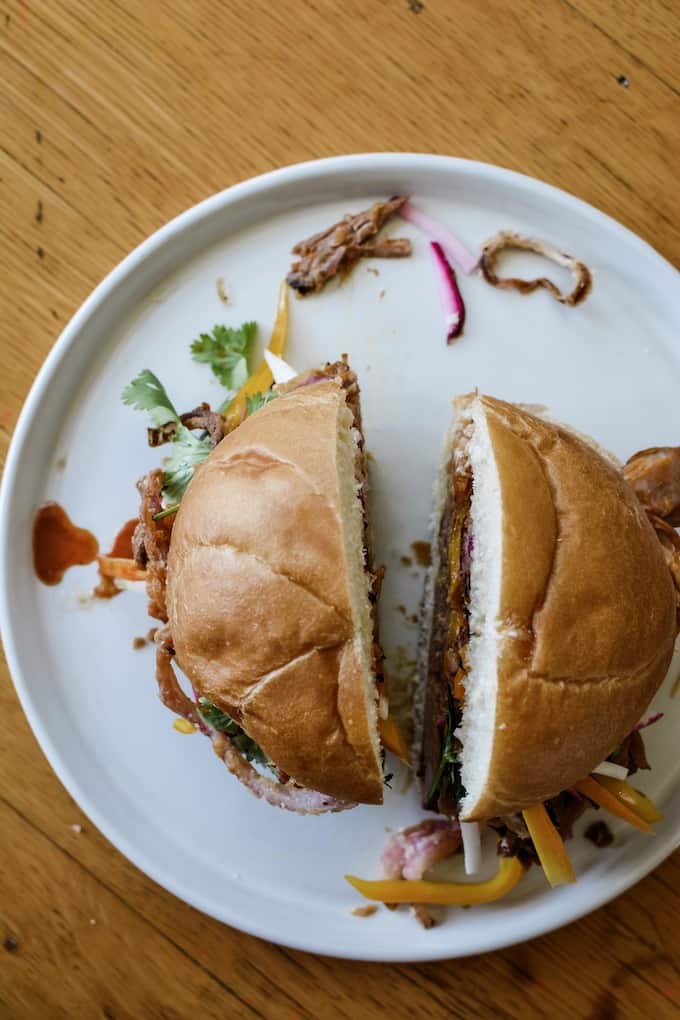