This marinated London Broil recipe uses a very budget-friendly cut of beef that is full of flavor and uses a red wine, garlic, and chile flake marinade to make it succulent and tender. {Recipe first posted March 12, 2010. Last updated, February 22, 2022}

This London Broil recipe takes a fairly inexpensive, but very flavorful piece of meat, and gives it a good soaking in a marinade of red wine and garlic. Originally London Broil referred to a flank steak that was marinated and well, broiled.

These days the term is more commonly used for a boneless cut of beef that’s also referred to as top round steak. It could be labeled as London Broil at the meat counter or not. London Broil isn’t a cut of beef, it is the way it is cooked and, by the way, has nothing to do with London.

Why we love it? It is an ultra-delicious steak at a fraction of the price and only requires a few minutes per side to cook. All that’s required is a long soak in a flavorful marinade.

The Proof Is In The Marinade

What’s that phrase? The proof is in the pudding?

That might be fine for pudding, but if you are cooking what can be a rather tough piece of meat, the proof is going to be all about it’s marinade.

Tougher cuts of beef used to make London Broil don’t have much fat, which often results in a tough, chewy steak. The white marbling of fat throughout any piece of meat melts as it cooks, which gives it a tender, toothsome quality. That being said, if there’s not a lot of fat, you have to make it tender in some other way.

In this London Broil recipe, the red wine in the marinade breaks down the tough fibers of the meat, recreating the same qualities of tenderness. The trick here, however, is to make sure the roast has plenty of time to soak up the wine and let it work its magic. It’s best to let this marinate for at least 4 hours or even better, overnight.

A short and sweet list of ingredients combine for phenomenal results. Here’s what we’ll need:

How To Cook A London Broil

Although many recipes call for a London Broil to be broiled in the oven, I think the two-step method we use to cook steak in restaurant kitchens works best. Here’s how it goes down:

Make marinade. Combine all the marinade ingredients in a small bowl.

Heat oven. When you are ready to cook, heat the oven to 425°F and remove the meat from the refrigerator at least 30 minutes before you plan to cook it. Take steak out of the marinade and pat dry with paper towels. Season generously with salt and pepper.

Start the steak on the stove. Heat an oven-safe frying pan that’s big enough to hold the London Broil over high heat (I use a grill pan). Add a tablespoon of olive oil and heat until shimmering. Add meat and let cook, undisturbed until it has formed a nice brown crust on the bottom. At least 5 minutes.

London Broil recipe: oven. Flip and transfer to the oven and cook to your desired doneness. This is going to depend on how you like your meat and how thick the roast is. It could be anywhere from 8 minutes to 15 minutes. Start reading the internal temperature after 8 minutes and see the temperature chart below for when to take it out of the oven. I think it is best served at about 130°F or medium-rare.

Let it rest. Remove the steak from the oven and transfer to a cutting board. Cover with aluminum foil and let rest for 10 minutes. This allows the juices to distribute themselves throughout the steak instead of running all over the cutting board once you start slicing. Slice the steak against the grain and serve.

This cut of meat can be pretty tough and really needs an overnight bath in the marinade to tenderize, so plan accordingly.

How To Know When It’s Done

My best advice when cooking large pieces of meat is to have an instant-read meat thermometer. Insert the thermometer horizontally through the middle of the roast to get the most accurate temperature. If you’re unfamiliar with the varying temperatures of doneness they are as follows:

What To Serve With It

Once the meat has rested it is nice to finish it off with a little something. It can be a simple squeeze of lemon, a splash of Worcestershire sauce or as fancy as a homemade herb butter.

As far as sides go, here are a few of my favorites:

The Marinade Is Where It’s At

Don’t shy away from trying other cuts of beef, they can be just as delicious as the more well know steak cuts at a fraction of the price with a soak in a tenderizing marinade. When you do, snap me a pic and tag me @holajalapeno and #holajalapeno on Instagram so I can see or leave me a comment below (don’t forget to leave a ⭐️⭐️⭐️⭐️⭐️ rating)! Also, make sure to sign up for my weekly newsletter, lots of good stuff there too! 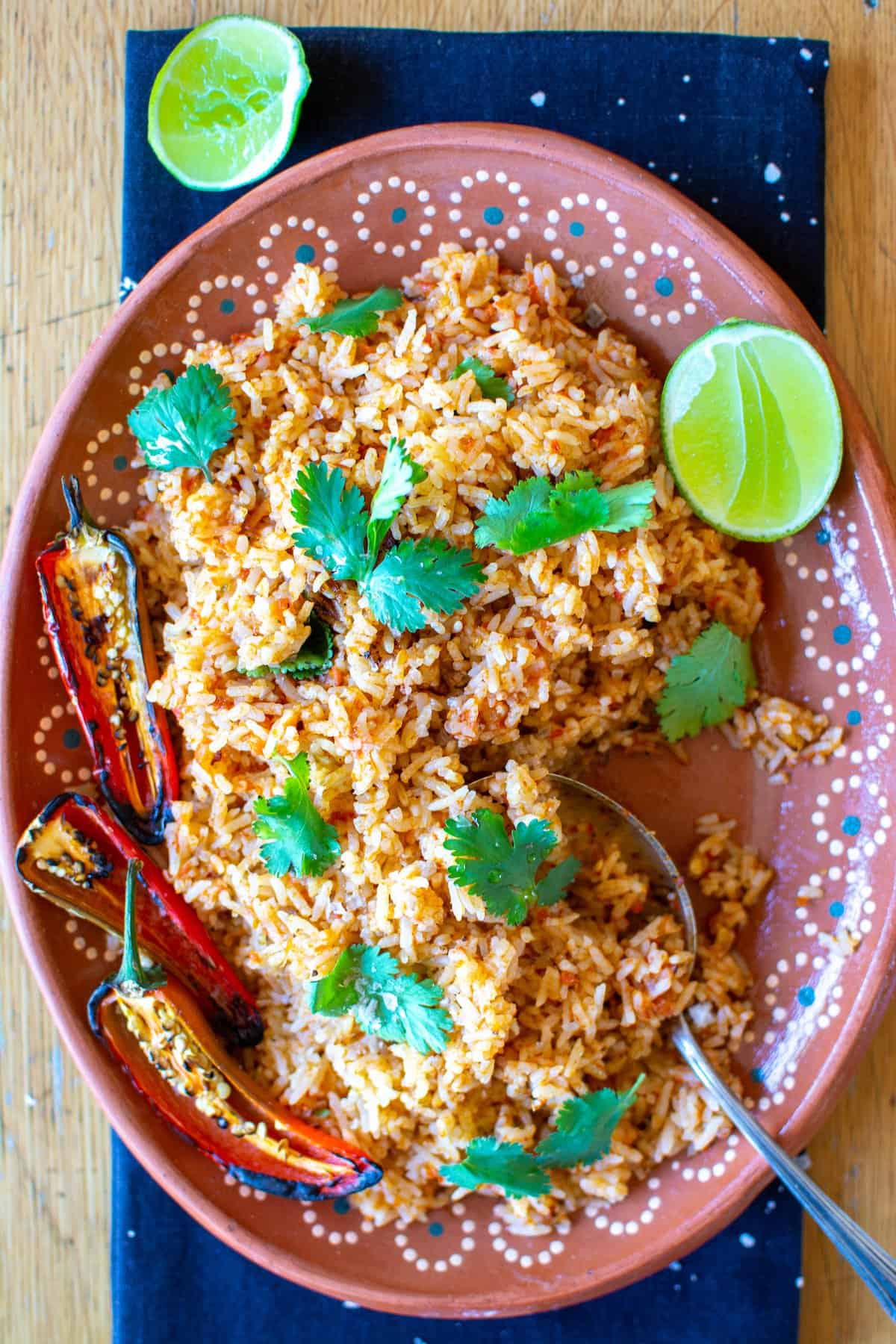